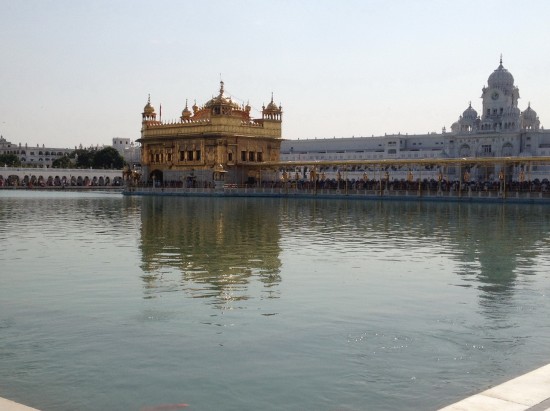 In the small town of Amritsar in Punjab, India, in the midst of all the chaos, lies an oasis of calm and serenity, a golden oasis called Harmandir Sahib (meaning the house of God), better known as the Golden Temple. This Sikh temple (Gurdwara) is a famous and monumental center for Sikhism, the religion I was born into.

Let’s start with a brief history. Sikhism was founded in the 16th century in the region of Punjab by Guru Nanak (the first of 10 Gurus, i.e., teachers), on the basis of truth, equality, charity, of trying to rid caste, creed and gender-based discriminations, and on the belief that there is only one God (Ek Onkar). Believers of Sikhism are known as Sikhs (meaning students). 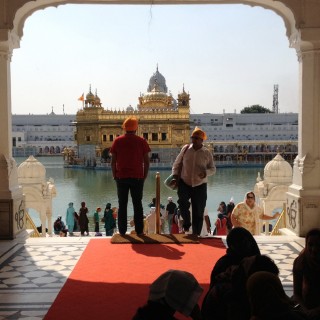 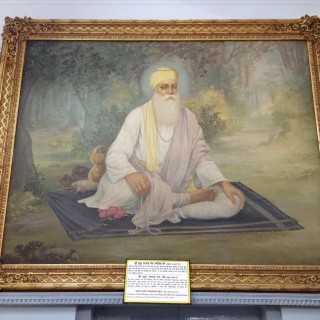 In 1604, the 5th Guru, Guru Arjan built the Harmandir Sahib and upon compilation and completion of the Adi Granth (Sikhism’s Holy Scripture) had it placed there. Before that, the large water tank had been built by the 4th Guru, Guru Ram Das and the name, Amritsar, which means sacred pool of nectar (believers drink this water and take a dip in it for blessings) shortly followed. Soon the entire city itself became known as Amritsar. The upper floors of the Gurdwara were later covered with gold by Maharaja Ranjit Singh. 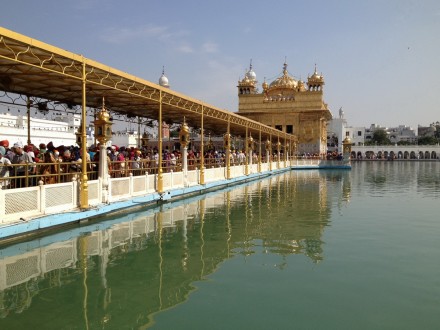 The Golden Temple has four doors, signifying that it welcomes and is open to people from all walks of life, regardless of religion, color or caste. The Langar (free kitchen) is a common area where food is cooked and served free to all visitors who sit on the floor side by side, no matter their religion or background. This further demonstrates the equality and openness of Sikhism. 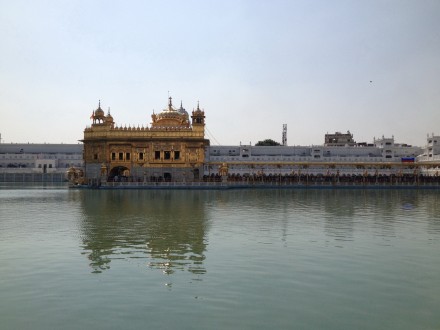 I’m not a very religious person but my family is, and I can already picture my mom’s proud smile over this article. I’ve always believed that kindness, compassion and honesty are the true mark of a person; you could say sincerity is my preferred religion. 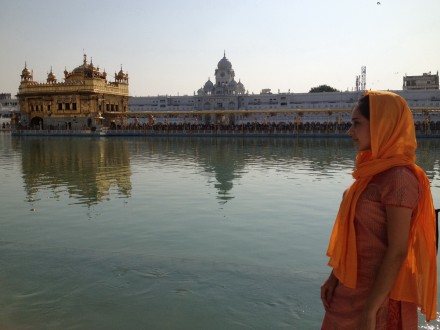 This one’s for you mom!

However, after taking photos, visiting the temple inside, relishing in my Parshad (a sweet offering given to all visitors at every Gurdwara) and walking through the crowds, I did manage to find a little peace. I seated myself on the marbled floor at a corner outside the main Gurdwara, forgot about all the picture-taking, left my thoughts and worries for a while, listened to the sound of the hymns (Shabads) being sung and that’s when I started to feel a therapeutic calm. I went there the night before and it was even more peaceful and tranquil then. 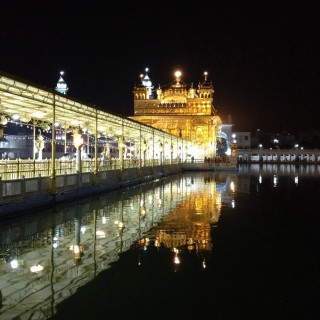 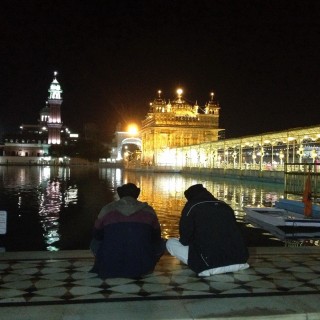 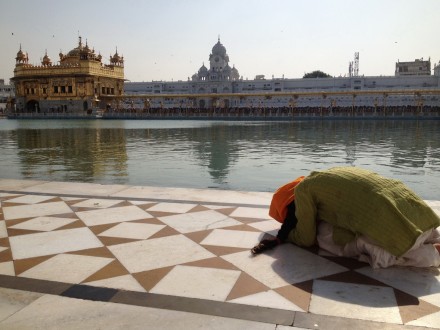 My adorable niece paying her respects

Next to the Golden Temple is a garden called Jallianwala Bagh, which is a memorial and the site of the 1919 massacre, where there were over 1,000 casualties. During the British rule over India, upon order of the General Dyer, armed soldiers open fired at a crowd of 20,000 people during a peaceful gathering to celebrate the Punjabi New Year on April 13th. Till this day you can still see the bullet marks inside the grounds. Thinking about this has made me type much vigorously, so moving on. 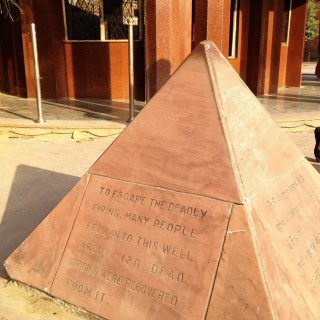 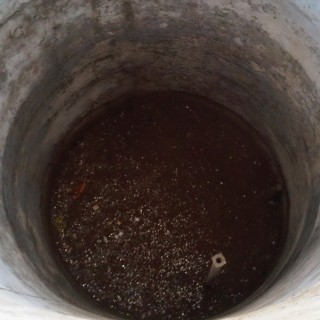 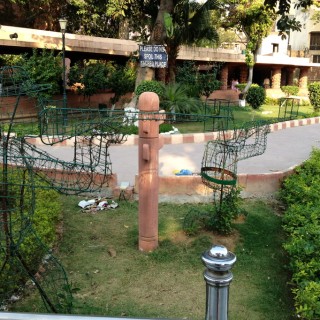 While in Amritsar, I also visited the Wagah border (India-Pakistan border) and viewed their daily evening ritual where after a short march by soldiers of both sides, the flags of India and Pakistan are lowered in a well-rehearsed, coordinated manner.

Captures from my auto-rickshaw ride: 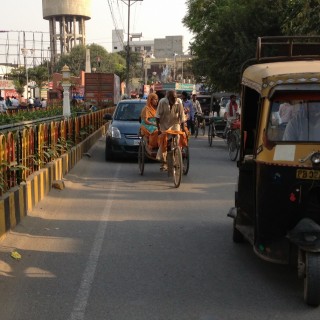 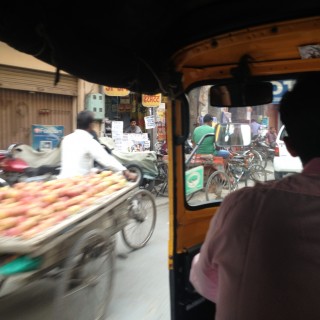 Have you visited the Golden Temple? Or, would you love to someday?

Disclaimer: This post contains affiliate links, but as always, all opinions are always my own. 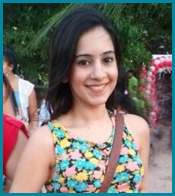